old FlightControls until V2.0 (with 644 Processor) are only supported until 2.12

There is now another virtual menu

It was mainly developed for Smartphones

Activate this menu by pressing the rotating symbol. 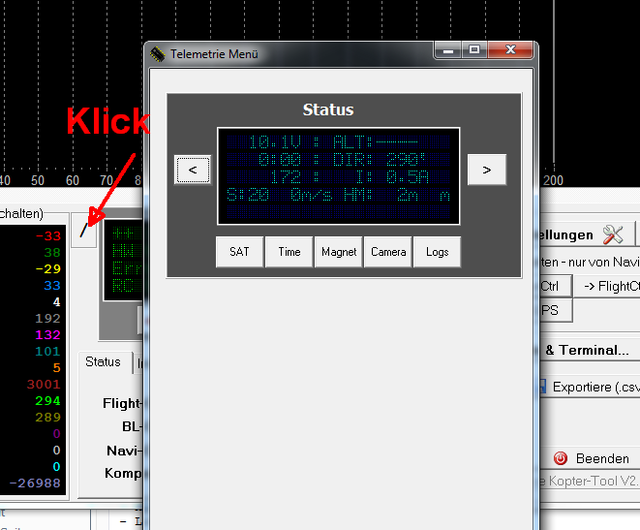 The baudrate for serial communication can be set on the SETINGS.INI of the SD-Card: 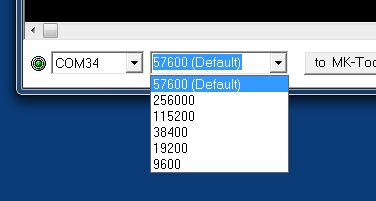 Now the MK can yaw without activated CareFree. This option must be anabled on the SD-Card.

Support for Basecam (Alexmos) Gimbals via the interface: GimbalCtrl

The gimbal data, like angles etc. will be recorded in the logfiles. 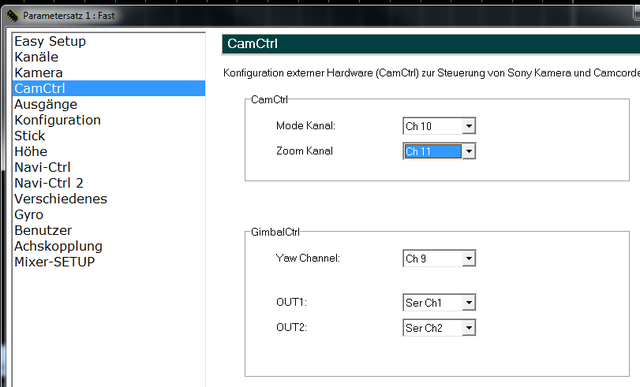 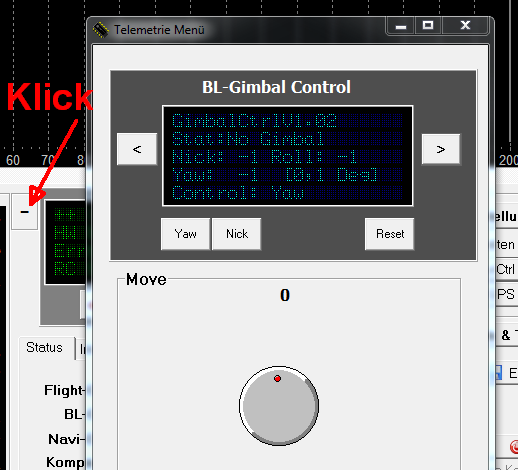 The gimbal data can be seen in the MobileDisplay and some gimbal functions can be controlled.

The MK flies back in this altitude at RC-Lost. 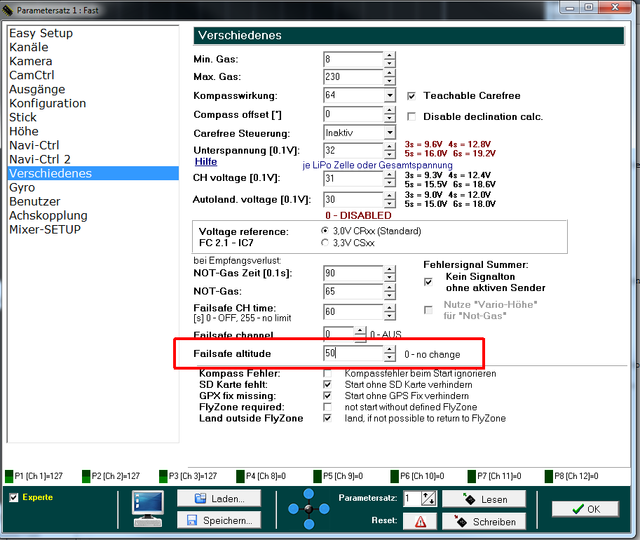 KopterTool : Heading to Next WP

If the MK shall face in flight direction during WP-Grid flights, you can now use this function. 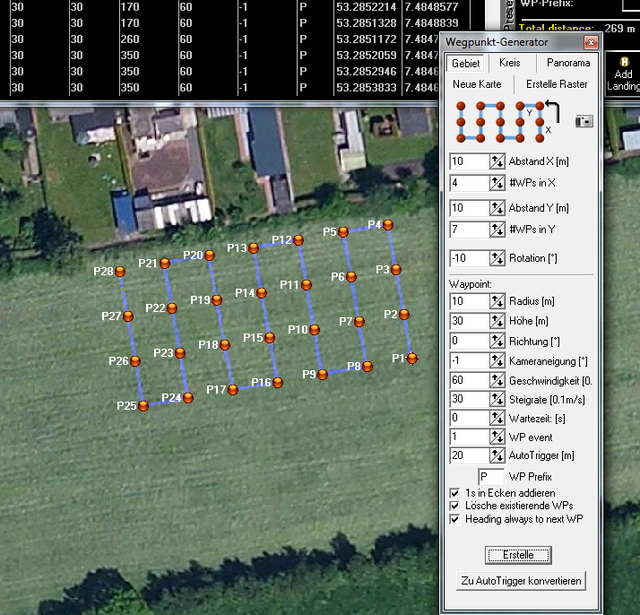