Differences between revisions 72 and 78 (spanning 6 versions)

Microbee is a four-rotor model helicopter based on the Mikrokopter system design. It's "brains" consists of 8 ARM-based microprocessors connected to various sensors and motors. It's equipped with the latest electronics hardware and is capable of photography, vision guided autonomous navigation as well as normal radio-control flying by a human being. An advanced vision recognition system is currently being developed based on the high performance, low power Texas Instruments OMAP3 platform.

All hardware & electronics is freely available in shops. The software is Open Source. Nothing is commercially-restricted.

- Radiotronix WI232EUR 868 MHz radio modem with 1/2 wave dipole & yagi antennas. Note that the 1/2 wave dipole antenna works best on-board as it doesn't require a ground-plane and has a reasonably omnidirectional radiation pattern. For long distance communication (up to 4km), a yagi antenna is used at the ground station.

- An advanced computer vision system is being prototyped on a BeagleBoard single board Linux computer. It's a latest generation, low-power, embedded processing platform. Basic computer vision algorithms have been implemented on it. The source code is being optimised to off-load the number-crunching to the DSP & GPU processors to achieve real-time vision performance.

As the Beagle Board allows connection of keyboard, mouse, and display, it hosts the development toolchain and allows direct coding, compiling, and executing the embedded computer vision algorithms. Once stable, the smaller and lighter Gumstix Overo Water embedded module will be used on-board. 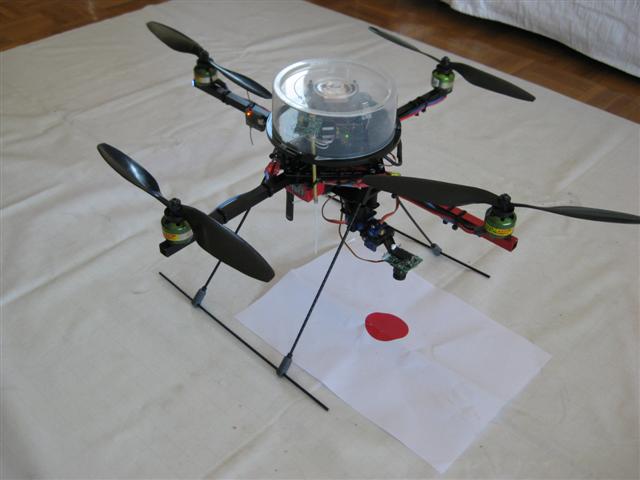 - Flight-Ctrl 0.74d modified to control height with a Maxbotix LV-EZ1 ultrasonic range finder (instead of the MPX-4115A barometric pressure sensor).

- OpenCV Based on the work of John Stowers.

- RoboRealm. Was freely available but now only a demo

- Some parts of the Riddim code.

- Some parts of the MoteCtrl code. 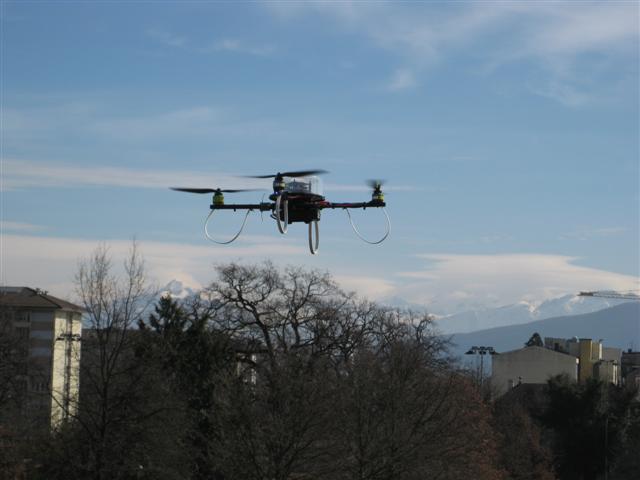 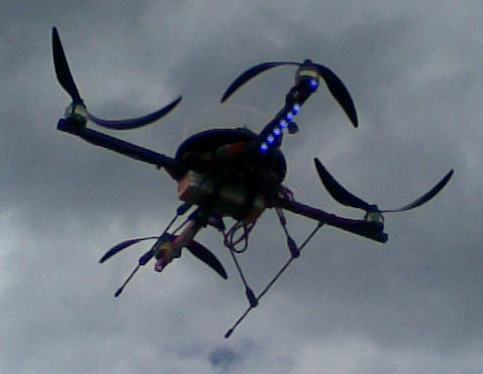 The microbee competed in the Motordrone Challenge in June 2009 and finished in 2nd place. Here are some photos of microbee at the event: 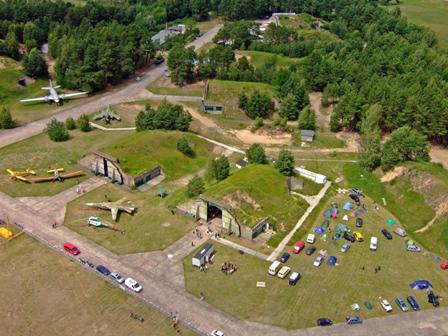 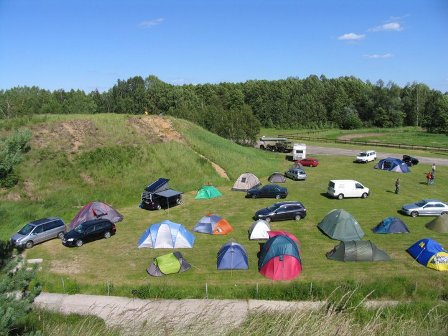 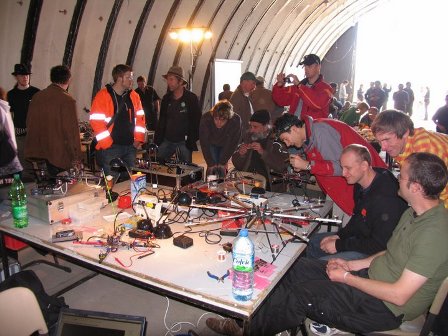 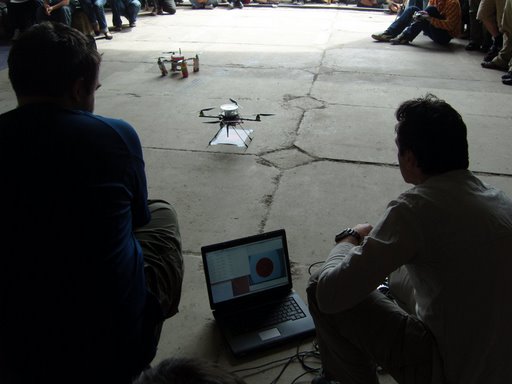 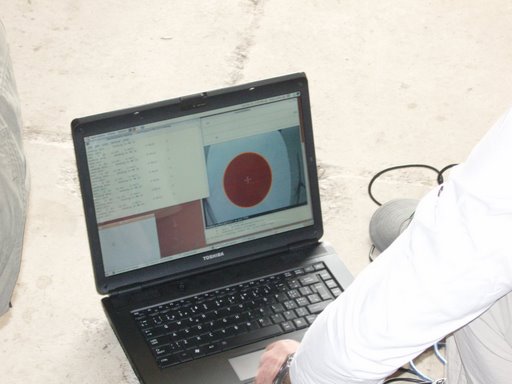 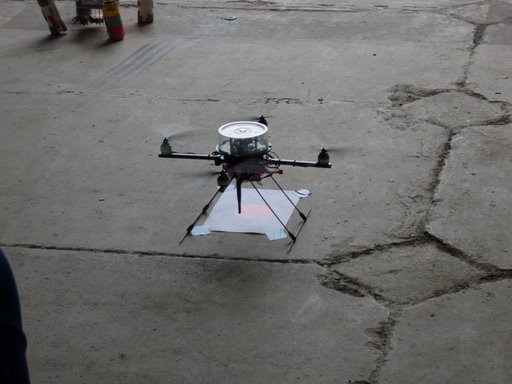 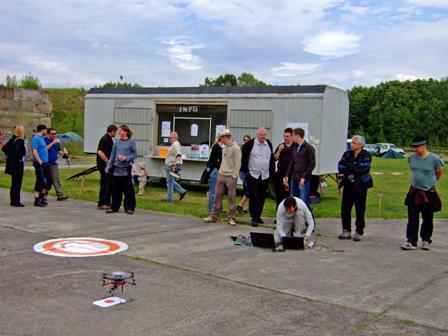